Creating indexes is one way to make an execution more efficient, indexes are ordered subsets of data in a table. They can make it more efficient to search for attributes of a certain value. Types of common indexes are:

Indexes can speed up execution time because they reduce the need for full table scans. They can also help to enforce constraints, for example if a column has a unique constraint, before a new value is added to a row, checking if the corresponding value of the index column is already in the index will prompt a constraint conflict. This can be faster than checking the entire table with a full table scan.

Most of the time, the index is smaller in size than the table. In this case the index is more likely to fit onto the system memory, instead of the solid state drive (SSDs) or hard drive. In this circumstance, the execution time is significantly faster, at around 100 ns, compared to 1 ms or 20 ms for SSDs and hard drives, respectively. 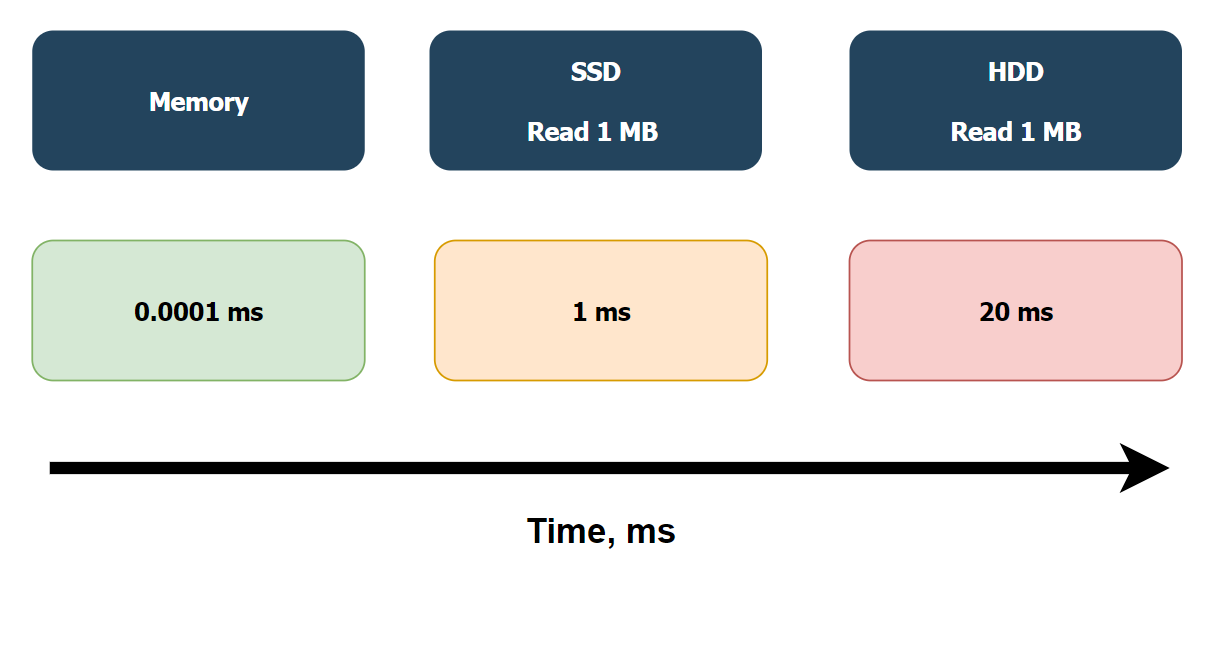 For example, if the root has a value of 100, the node may split on the left side at 75 and the right side at 125. Each of these nodes will split again, so the left 75 will split to the left at 63 and the right at 87. This pattern continues at each level of the tree, an example of this can be seen below.

If the value 66 is needed, it would take three comparisons to reach, as seen in the above B-tree index example. From the root at 100 to the left node at 75, then to the left at 63, and finally to the right to reach 66. This path is indicated above in green.

The B-tree index is one of the more common indexes. In PostgreSQL it is the default index. It is useful when there are many uncommon or unique values in a column, which is known as high cardinality.

In the example below, a specific email address is queried from the customer table using the WHERE statement. At this point there is no index being used. This is known as the query plan states the scan is "Seq Scan", which stands for sequential scan. A sequential scan is the same thing as a full table scan. The computational cost is 16.49, the planning time is 1.939 ms and the execution time is 0.142 ms.

The second query below is the same except this time a B-tree index is created called idx_customer_email on the customer table for the column email. This is known as the query plan states the scan is an "Index Scan". By using this B-tree index, the overall speed of the query increasing significantly. The computational cost is 8.29, the planning time is 0.867 ms and the execution time is 0.048 ms.

Bitmap indexes work by storing a series of bits for each indexed value. The number of bits that are used equals the number of distinct values in the column. Taking the example of the "yes" or "no" column, each value would have 2 bits, one for the "yes" and one for the "no". This example is Boolean, but Bitmap indexes can be used for more than 2 values, when this happens the amount of bits used increases proportionally to the values.

Because Bitmap indexes work especially well on Boolean values, statements such as AND, OR and NOT can run fast compared to other types of indexes.

PostgreSQL creates Bitmap indexes on the fly, so it is possible that a Bitmap index is created without specifically stating this in the query. The following is an example of a Bitmap index in use, this is known as the query plan states the scan is a "Bitmap Heap Scan".

The following two queries observe that both the planning time and the execution time are significantly faster when using the Bitmap index.

Hash indexes are normally used for equality operations, such as "=", but not for ranges of values. In recent versions of PostgreSQL (10+) the hash index has improved so that it can sometimes take up less memory than B-tree indexes, although the hash index is as fast, but not faster, than a B-tree index. It may be useful to use when the entire query must fit on the system memory.

The following two queries observe that both the planning time and the execution time are significantly faster when using the Hash index.

Large tables lead to large indexes. When using a B-tree index for example, the depth of the index grows at an exponential rate to the table size. It is important to be aware of this, but because the index is still much more efficient than a full table scan in most circumstances, this should not be a big problem. With that said, one way around this problem is to partition tables. Table partitioning is a process of separating the table into many smaller tables. This can increase the efficiency of a query because it will run faster on a partition of the table, rather than the whole table. A schematic of this concept is presented below: 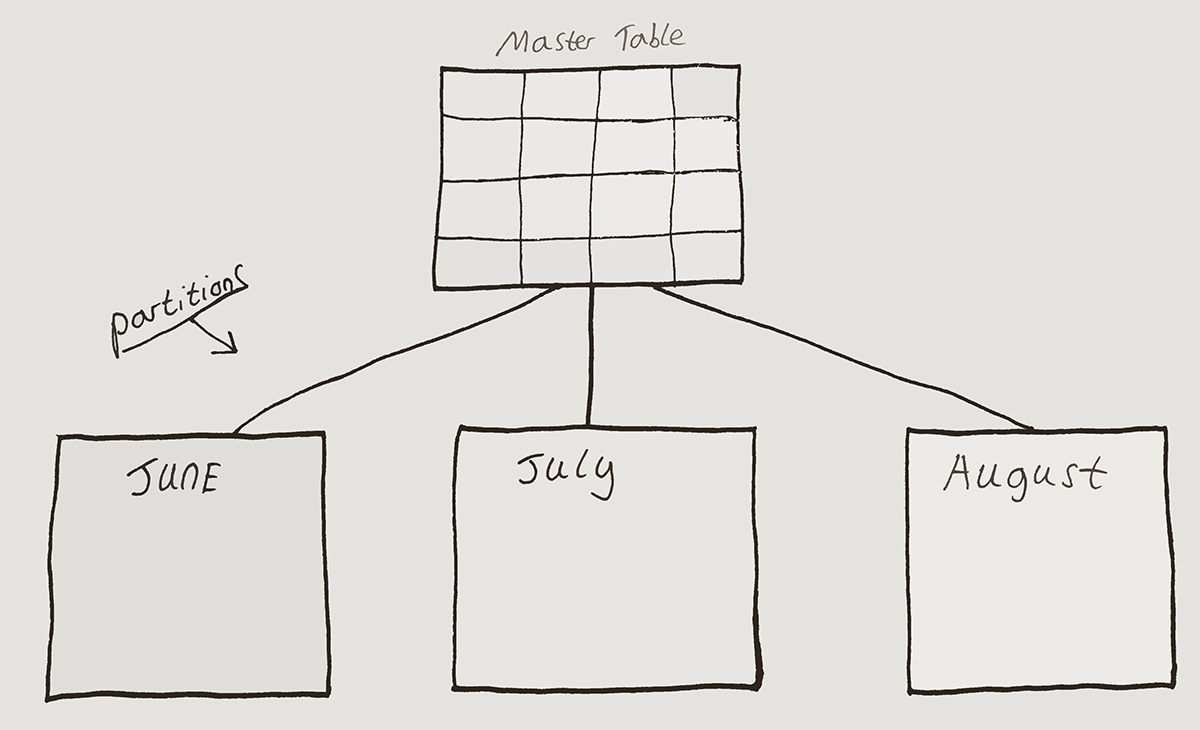